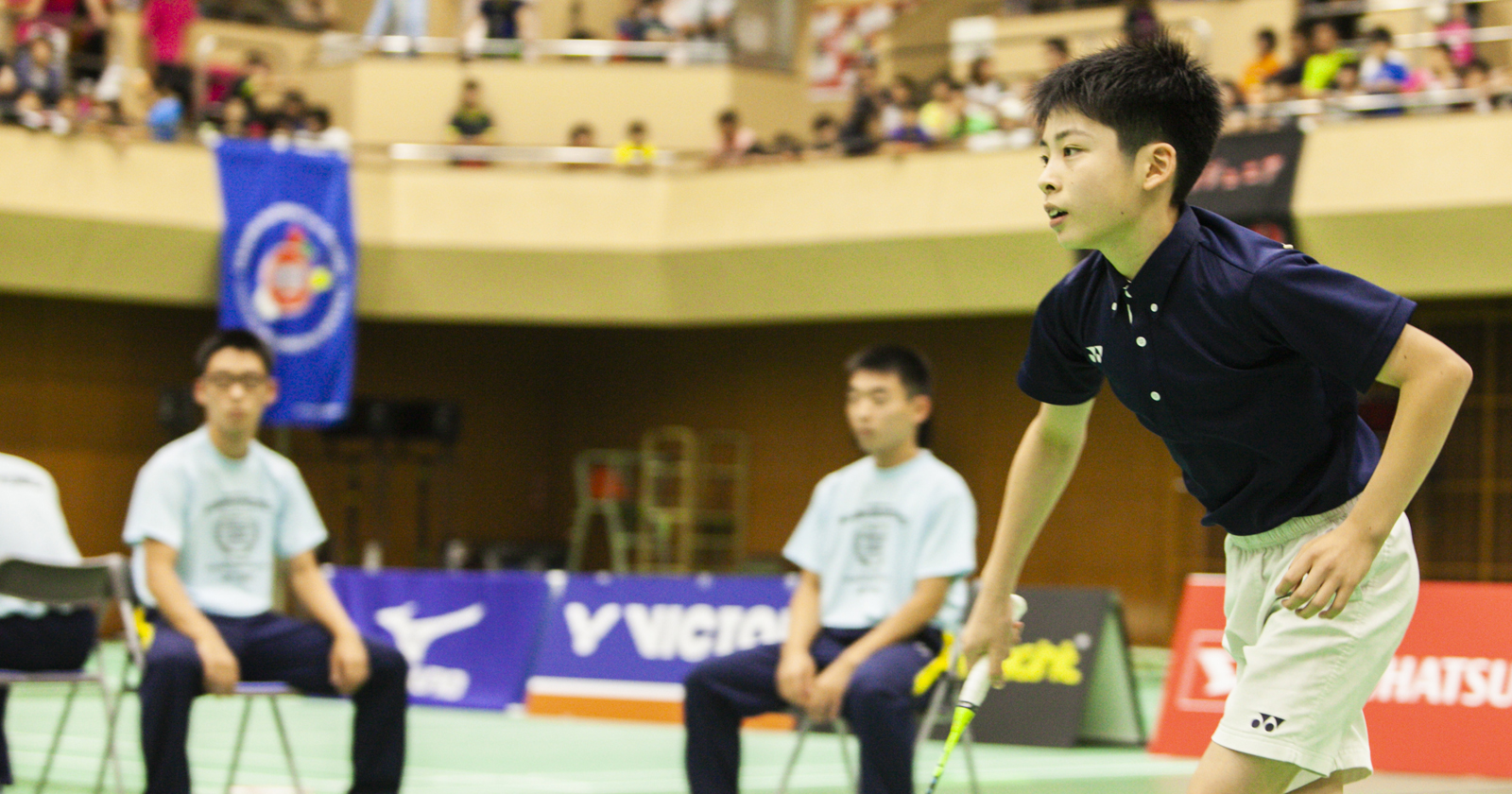 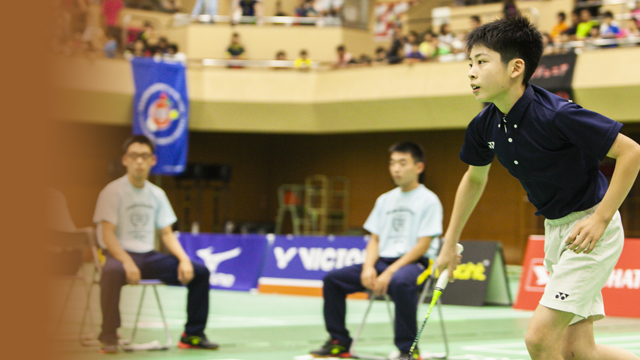 Top primary school players came to Kumamoto during the peak of summer!
Exciting contests were played to decide the best players in Japan. 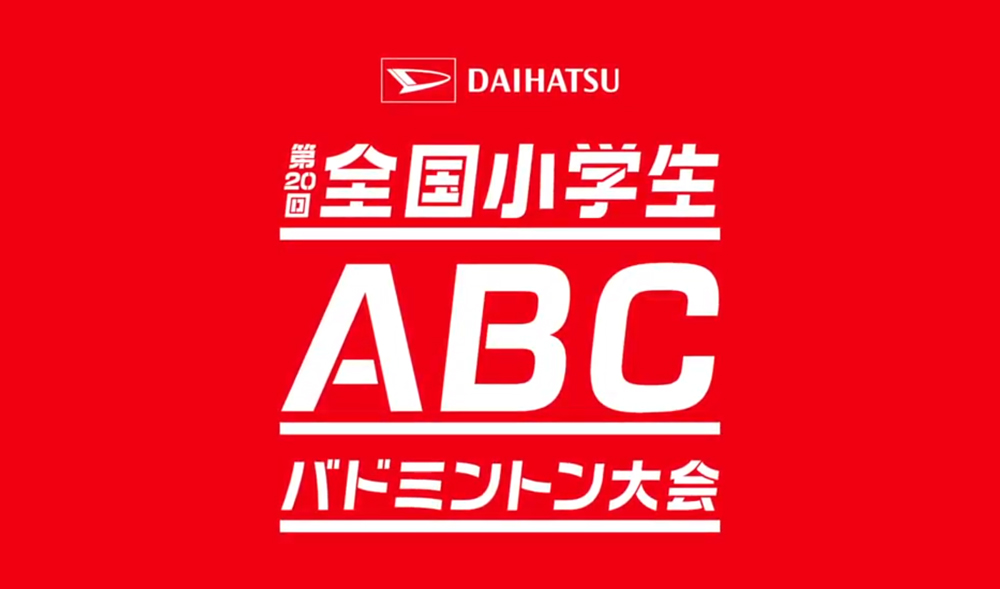 326 of Japan’s leading primary school players, who impressively earned their tickets to the national tournament via the regional qualifying rounds held across the nation in April, came together in Kumamoto during the peak of summer. Exciting matches were played out with victory at this illustrious tournament at stake, with current Japanese national team players such as Akane YAMAGUCHI and Ayaka TAKAHASHI having emerged from here in the past.

At the opening ceremony held on Sunday August 11, representatives from the organizers and sponsors, such as Nippon Badminton Association Secretary General Kinji ZENIYA, expressed heartfelt encouragement before the matches began to the players who came from all corners of Japan.

There was also the announcement of the name Bado-nyan for the DAIHATSU×Badminton supporter mascot, which was chosen from submissions made at the qualifying round venues. A life-size Bado-nyan doll welcomed the players as they entered during the opening ceremony.

There was even a surprise video message shown to give courage to the competing players, who would have been feeling nervous ahead of the finals. It featured BIRD JAPAN badminton stars such as Kento MOMOTA, Akane YAMAGUCHI, Nozomi OKUHARA, Ayaka TAKAHASHI, and Misaki MATSUTOMO.

Interviews with the Champions

Reports from the exciting matches by the most prominent players at the tournament.

Players who narrowly fell short of victory, yet still shone brightly with their talent.

Boys A Group runner-up Tomoya KINONE (Kyoto) displayed outstanding attacking ability. The speed of his shots could put some adults to shame. Karin ABE (Saitama), the Girls A Group runner-up, firmly swung her racket and demonstrated her receiving ability by returning hits that floated just above the court. Yuhi AZUMAYA (Kita Hokkaido), who was defeated in the quarterfinals of Girls A Group, shone with her skillful cross-court shots.

Check out the uploaded videos of the A Group finals below!

You can also watch other matches at the SMASH and NET.TV channel on YouTube.
https://www.youtube.com/user/smashandnettv/videos 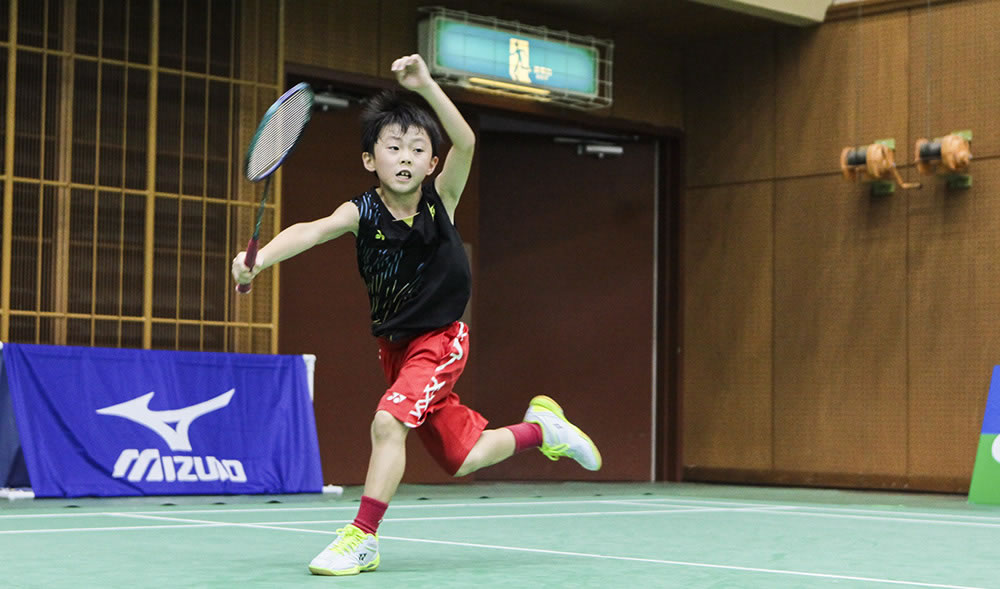 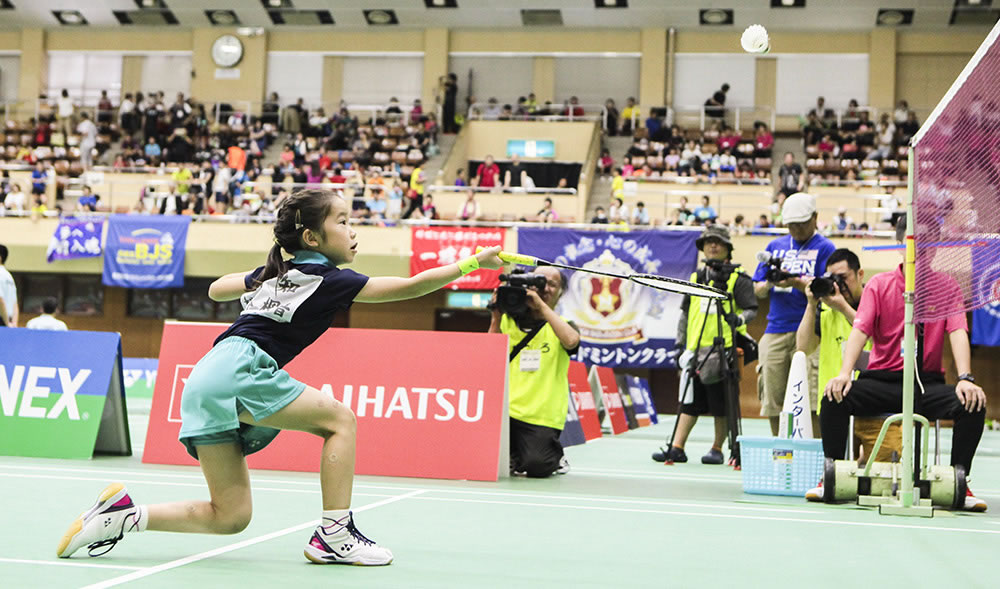 The overall competitiveness improved this year, which led to more close contests than usual right from the opening match.
As for the coaches, we will continue to work hard to provide comprehensive mental and physical education, so the ability of the players can improve even further.

Having DAIHATSU’s support again this year has helped to motivate the players to reach for their next goals.
It was striking to see the motivation of the players increase thanks in particular to posters at the qualifying rounds that listed the winners of the tournament in previous years, as well as invitations for the winners to go to a world championship tournament.

The federation will keep managing the ABC Badminton National Primary School Tournament to help it be recognized as the starting point for reaching the Olympics.

KUMAMOTO DAIHATSU and DAIHATSU MOTOR supported the tournament together with everyone who came from across the nation!

The DAIHATSU booths that were set up inside the venue provided cheering goods, such as message boards and paper fans, as well as sports drinks and jelly to the players, team assistants, and those who came to support.
There was also a Facebook campaign that offered the chance to win replica Japanese badminton team uniforms or a DAIHATSU miniature car. Together with everyone who came to the venue, we helped to bring excitement to the tournament. 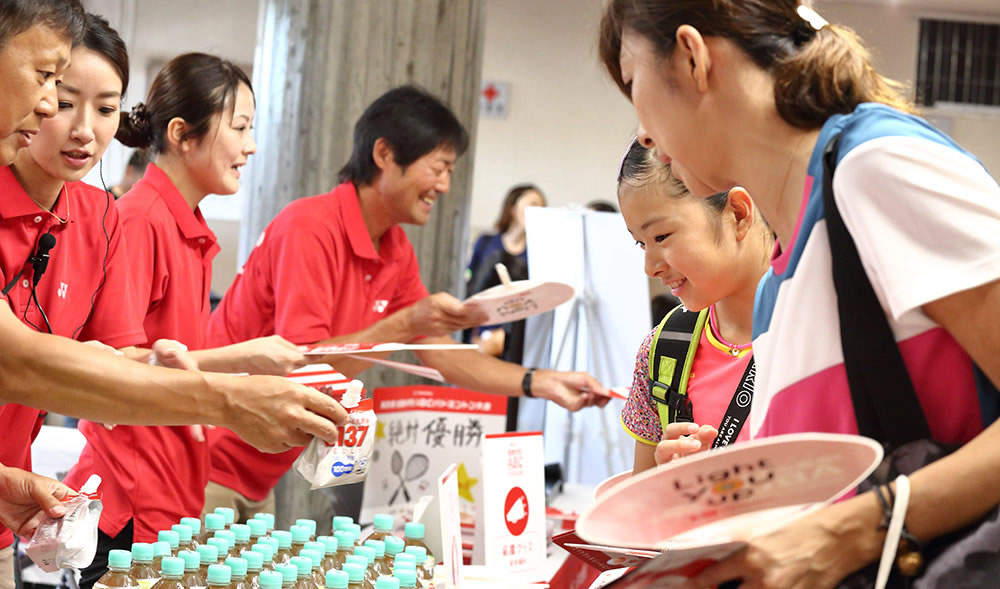