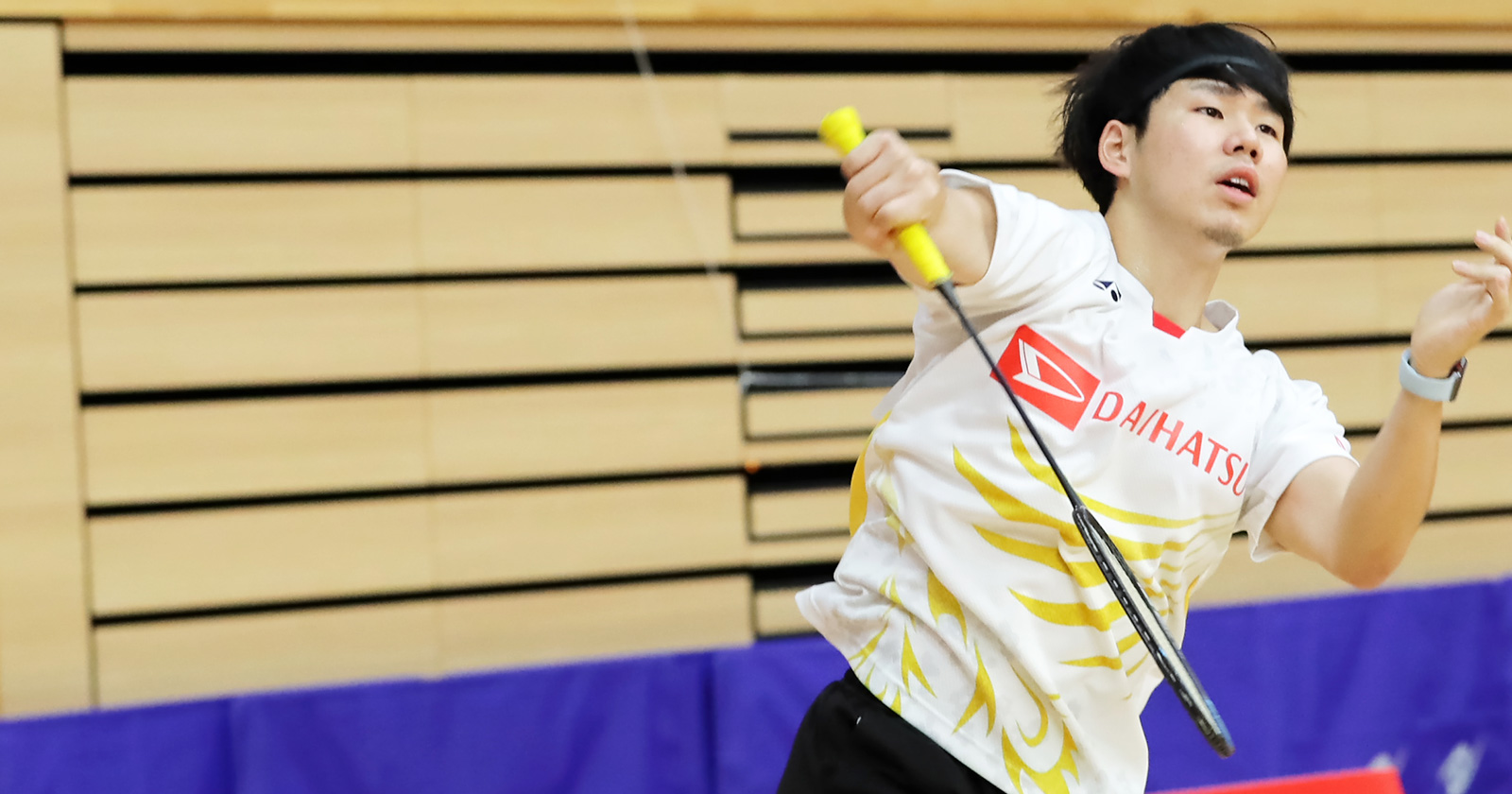 On the first day (19 December), tournament and league matches were held to determine who would proceed to the finals on the following day. The players representing Japan, who have experienced many games so far, had seldom experienced such a long absence from the game, and it is the first official game in a long time, so there was some tension in the crowd-less venue. But it was, nevertheless, truly a gathering of top athletes. With each match, the players regained their usual sense of the game, the play on the court gradually became incandescent, and the leading players in each class were able to proceed to the final on the second day.

In the final on Sunday 20 December, Daisuke FUJIHARA, who was victorious in the Men’s Singles SL3 class, was the one drawing the most eyes. From his first league match to the final, he won every time. A tremendous achievement, this represents his sixth consecutive victory, since the inaugural tournament, protecting his title as the absolute champion of his class.

In the Men’s Singles SU5+ class as well, Taiyo IMAI won his fifth victory having won for four consecutive years. This year, the final year of his university life, he challenged himself as a student athlete for the final settlement, and achieved the best performance, to the point of satisfying even himself, with a splendid consecutive victory.

As a young ace in the women’s para-badminton world, Sarina SATOMI of the Women’s Singles WH1 class, who has a track record of shining the best in the world in the third year of the competition, won all games straight on the first day of the competition. Her final opponent was the winner of the third Daihatsu tournament, Ikumi FUKE, who had taken second place the previous year. Even amidst ever fiercer competition than the year before, SATOMI scored again and again at vital points, achieving her third consecutive victory in this competition.

Yuma YAMAZAKI of the Women’s Singles WH2 class, who partners with SATOMI in Doubles, also showed consistent strength in this tournament, which was the first real bout in roughly a year, and achieved the feat of winning the tournament for her sixth year running. She shared the joy of victory with SATOMI, the Doubles partners having both achieved victory in their respective Singles classes.

Although there was no crowd, the players who took part in the tournament, the first in a long time, played hard on the court. 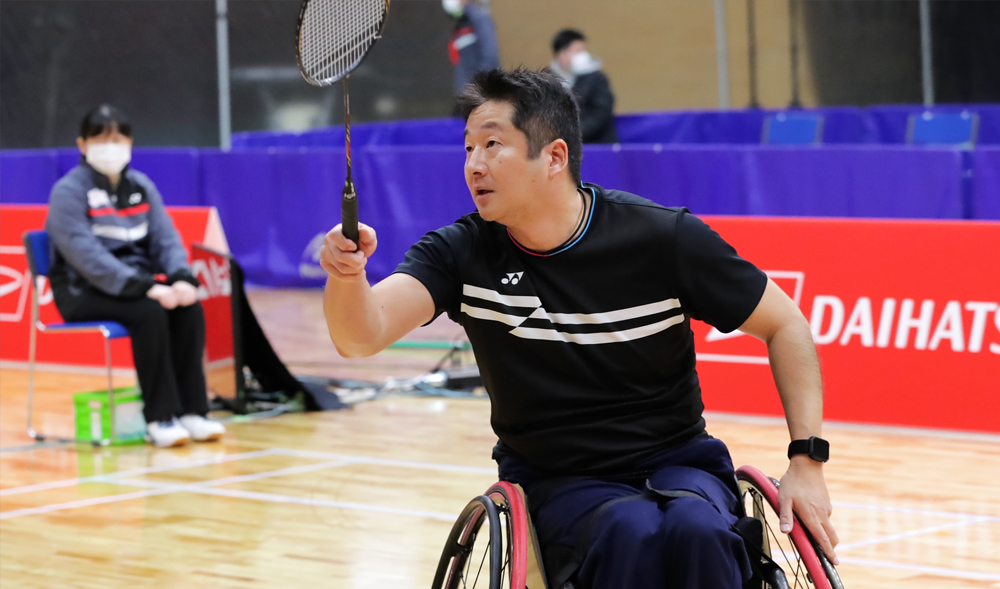 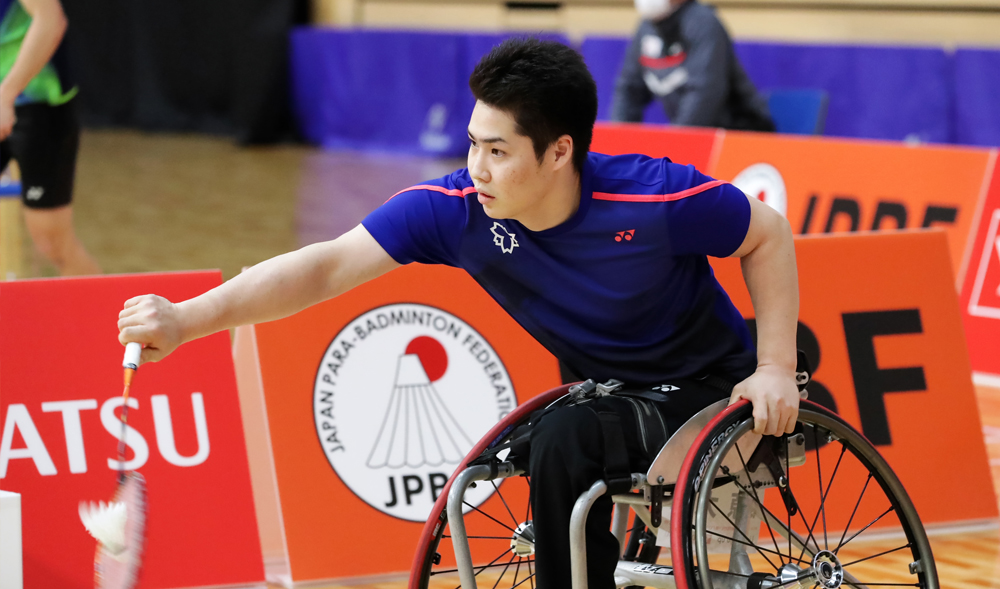 The Daihatsu Group supported the tournament together with everyone who came from across the nation!

At the venue of this competition, thorough measures, such as hand sanitizer and temperature-taking at the entrance, were implemented to prevent the spread of the novel coronavirus. Volunteer staff recruited at Daihatsu Motor Co., Ltd. took part over the two days, regularly ventilating the venue between games and disinfecting the 2nd Floor seats where involved parties watched over the tournament.

The medals that were handed out as prizes in this tournament, which was held in Shiga Prefecture, used straps of hand-woven Sanada-himo string (a traditional product of Shiga), produced with the cooperation of Ko NISHIMURA, the only weaver of Sanada-himo string in the whole country. The medals were co-created by Daihatsu Motor and Daihatsu Metal.
These medals were given to the top three players of each class by the presenters including Soichiro OKUDAIRA, the President of Daihatsu Motor Co., Ltd., Kazuhiro TORII, the President of Shiga Daihatsu Motor Sales Co., Ltd., and Hideki KANAOKA, the President of Daihatsu Metal Co., Ltd. at the award ceremony held after the matches on Sunday 20 December.
Prior to the awards ceremony, a mini-concert was held—with sufficient infection prevention measures taken—by the band “Flying Sneaker,” formed by the musicians in Shiga Daihatsu Motor Sales Co., Ltd., with Keiichi GOTO (the chairman of the company) on the drums. This greatly enlivened the venue after the fierce tournament.