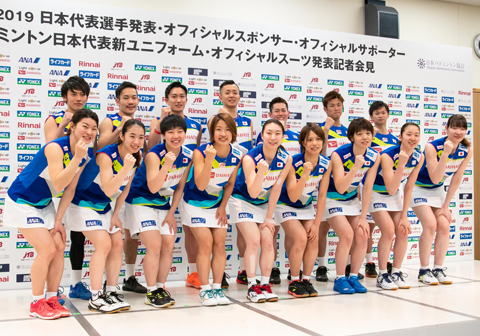 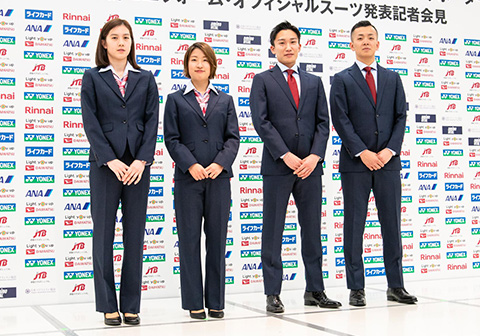 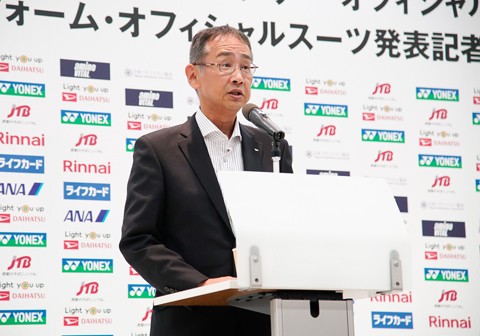 A press conference was held to announce the Japanese national players who will appear at the Sudirman Cup 2019, a men’s and women’s international badminton tournament organized by the Badminton World Federation (BWF) that is held every two years.

This will be the 16th edition of the Sudirman Cup and will take place from May 19th to 26th, 2019 in Nanning, China. The tournament will feature players representing 12 nations from around the world and compete in 5 matches in the 5 categories of men’s and women’s singles, men’s and women’s doubles and mixed doubles.

Japan lost to China in the semi-final and finished with the bronze medal in the previous 2017 tournament in Australia, but this time they are considered to be one of the strongest team as they will feature players such as Kento MOMOTA in the men’s singles who have climbed the world rankings in the last 2 years.

The venue for the tournament press conference held on Wednesday May 8th in Tokyo hosted the announcement of the official sponsors and supporters as well as the presentation of the new uniform and official suits for the Japanese national badminton players.

In front of the many reporters who gathered at the venue, Japan’s leading badminton players such as Kento MOMOTA in the men’s singles and the “Taka-Matsu” pair of Ayaka TAKAHASHI and Misaki MATSUTOMO from the women’s doubles appeared together on stage, wearing the new Japanese uniforms that were introduced on the day. They promised to win the upcoming Sudirman Cup 2019 for the first time.

The secretary General Kinji ZENIYA from the Nippon Badminton Association announced that preparations are also in progress for the launch of the Nippon Badminton Association official fan club, in order for badminton to make further strides after the outstanding achievements of Japanese players in recent years. It will help to familiarize more people with the sport of badminton and increase support for the Japanese national players.
Osamu NARUSE, the Administration Center Director and Tokyo Office Branch Manager at Daihatsu Motor Co., Ltd., also wished the best of luck to all the players, potentially the strongest ever Japanese national team, as they try to achieve their coveted goal of becoming Sudirman Cup champions for the first time. He also promised that DAIHATSU will continue to do their utmost towards their supporting activities to further the popularization and development of badminton, a sport which provides joy and energy to so many people.
As a special surprise at the end of the press conference, the Nippon Badminton Association announced the nickname of BIRD JAPAN for the badminton national team.

At the public training session held after the press conference, the players wearing the new Japanese national uniform practiced on the court for about 1 hour.
Aiming to win their first championship at the upcoming Sudirman Cup 2019, the players’ expressions showed an intense focus as they ran across the court to confirm the areas each of them needs to strengthen.
Players who are sometimes rivals at other tournaments have come together for the challenge of this international team competition. Each member of BIRD JAPAN could be seen training hard so that the team can achieve their goal. 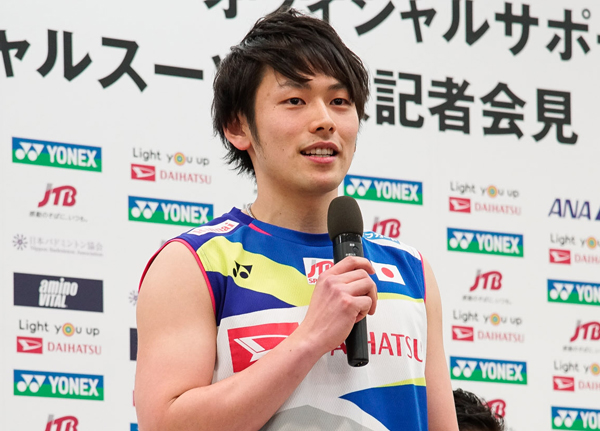 Takeshi KAMURA (Tonami Transportation) <Captain>
We are going into this tournament with the team ranked number 1 and the Olympic race also starts in May, so each match will be a tough contest. The members here all have ambitious goals so I think there are a lot of expectations and pressures, but we are going to turn them into our strength as we aim to win the tournament. We are looking forward to all of your support! 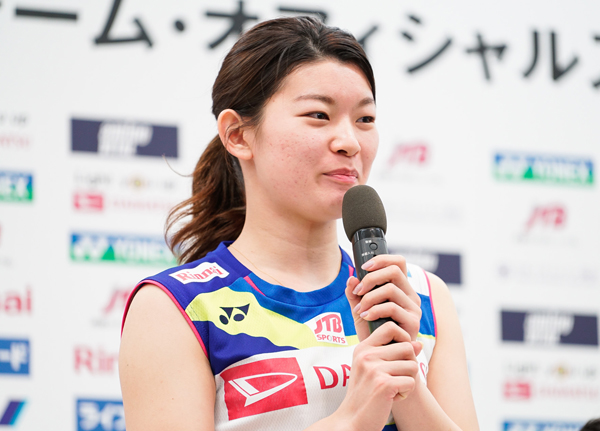 Ayaka TAKAHASHI (Nihon Unisys) <Vice-Captain>
This will be my 4th Sudirman Cup, so I really feel that it’s about time we go on to win the tournament. As the Vice-Captain this time, I’m looking forward to playing at this tournament as one part of such a high level team. We will do our best as we come together as a team to win our first championship at this tournament. 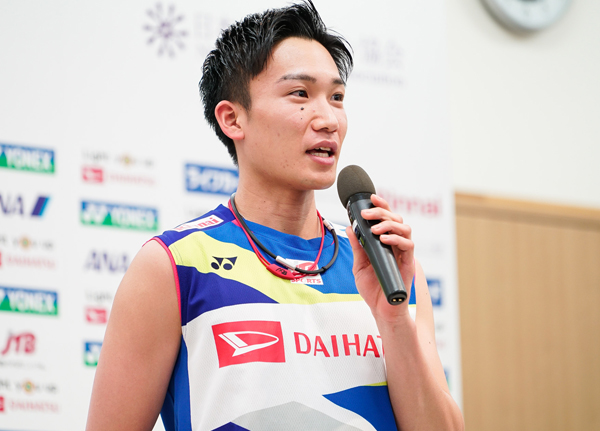 Kento MOMOTA (NTT East)
This time we are a truly strong team, in terms of ability we might be the best in the world. We are going to give our all as a unified team so that we can bring out the best of that ability. 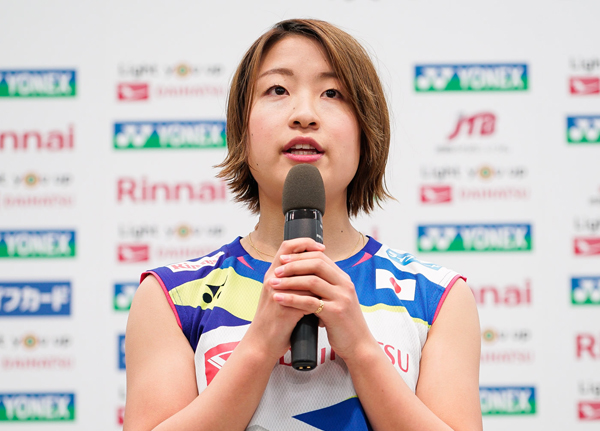 Nozomi OKUHARA (Taiyo Holdings)
I think that this team is the strongest of all time. We can play a good match no matter which player from this group will be on the court. However, the opponents will not let us win so easily, so we are going to give our all as a team to win the tournament. 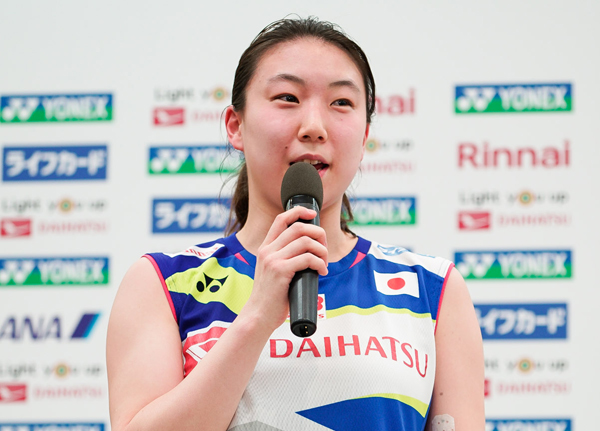 Arisa HIGASHINO (Nihon Unisys)
There are many strong teams in Asia such as China and Indonesia, but we will do our best to get points against our opponents. I hope we can play well to make things easier for the more senior players.