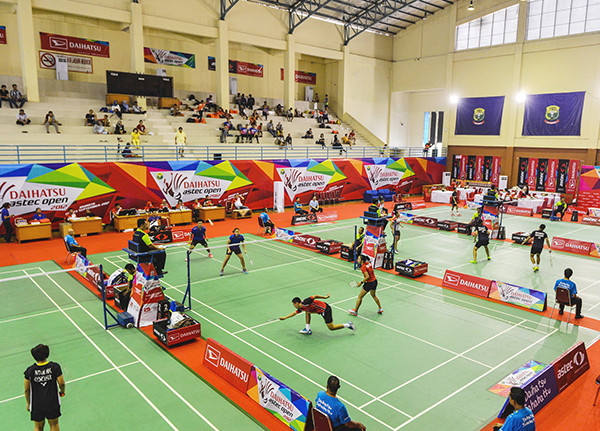 The DAIHATSU Astec Open is an annual badminton tournament in Indonesia that provides high-quality competition for young shuttlers in Asia. In line with the Daihatsu's objective of promoting badminton from a young age, this most prominent youth badminton tournament hosted its 13th event in 7 cities in Indonesia with the new record as 4,992 total number of participants ranging from age 11 until veteran players. 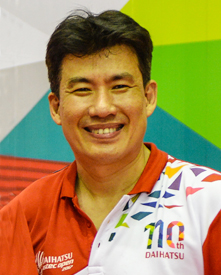 ‘’I had such high hopes for the tournament and the huge competitor pool was a testament to that. I knew how important it was to run a competition that primarily focuses on youth development and I feel proud that I’m helping the community grow. With Daihatsu’s sponsorship, I promise that the event will be bigger and better next year” says Mr. Alan.
Alexander Alan BUDIKUSUMA (born 29 March, 1968)
Persatuan Bulutangkis Seluruh Indonesia Head Of Sponsorships. A gold medalist in Barcelona Olympic in 1992, was proud that the DAIHATSU Astec Open drew such a positive response from both young competitors and parents alike.
The Astec brand started on the foundation of providing affordable badminton equipment to the masses in Indonesia, and he was proud to see a high turnout during its tenth year. 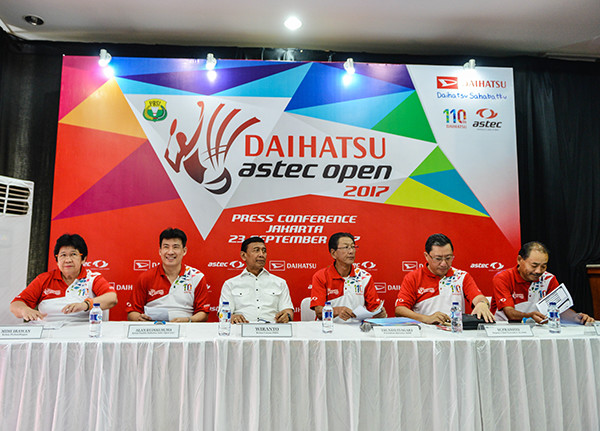 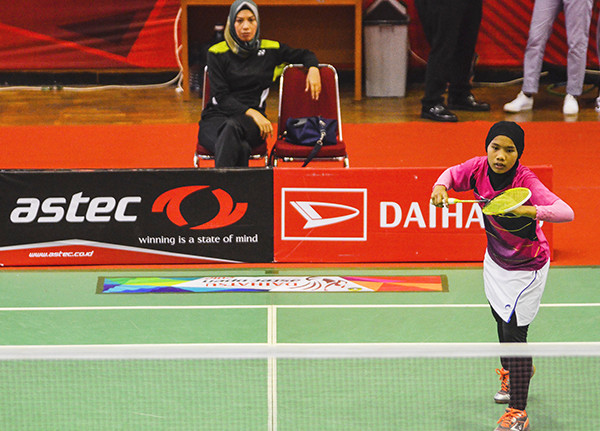 Amongst some heated games, U17 single female and U13 single male games became crowd favorite above all. Cheers from audience, their families and supporters, also the stick balloons overcrowd the venue. Players were showing their impressive skills as the game drew attention to the VVIP Guest like Persatuan Bulutangkis Seluruh Indonesia Chairman, Mr. Wiranto.

“Since in early age, I’ve already played badminton, maybe since I was in kindergarten. My dream is someday I can reach the world stage and this is the beginning path for me,” said Alwi Farhan, the U13 single male winner.

The awarding session was also the special part as some principal guests coming; such as Youth and Sport Minister, Mr. Imam Nahrawi and Mr. Wiranto and also some national badminton legends; to grant the trophy for winners.

“We are extremely happy because in every Daihatsu Astec series we held, the game and also audience are always great and full of enthusiastic,” said Mr. Alan Budikusuma.

In an effort to promote inclusiveness to nurture the Indonesia’s budding shuttlers, badminton player Bellaetrix Manuputty made an appearance before her final game at the courtside to give support and advice to her fellow young players.

Said Bellaetrix “These types of tournaments allow for people of different diversities and skills to get together and play a sport that they love.” 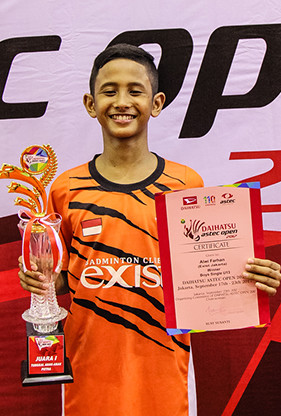 Very happy. This is quite a tough winning.

Preparing for the next tournament. I hope someday I can reach the world stage. 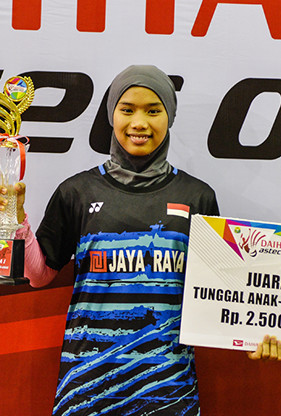 I am so happy.

I want to win the National Championship. 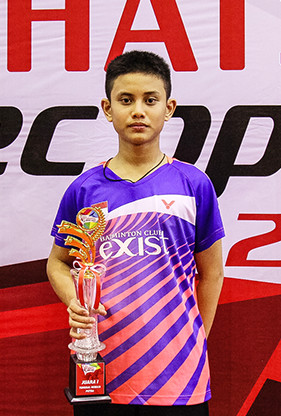 To win the National Championship and be the best. 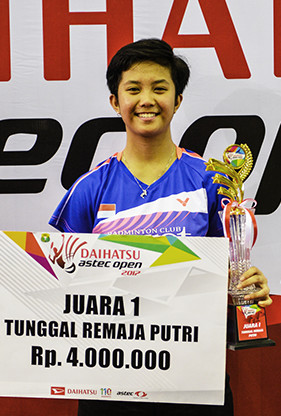 Happy. Because this is my 4th title in this year and I am satisfied.

To be the world champion. It’s my dream. 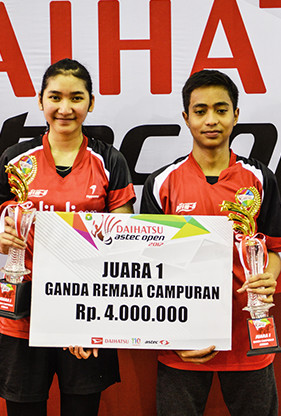 A little bit surprised. Because mostly the players are our seniors while we are too young. But our coach decide that we should try and unexpectedly, we can make it and win.

To win the National Championship. 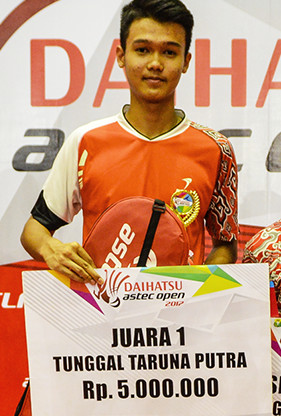 Very happy. This final game is a long game and finally I did it. 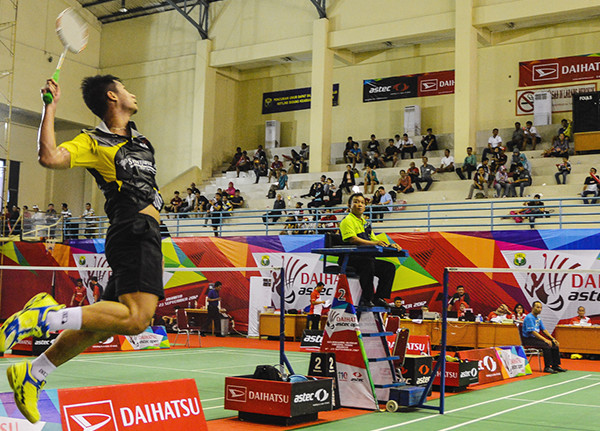 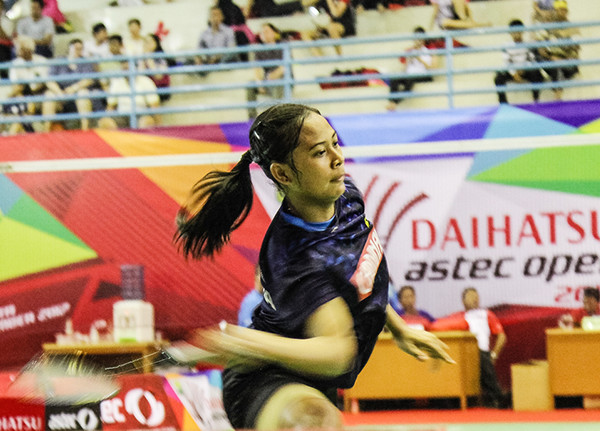 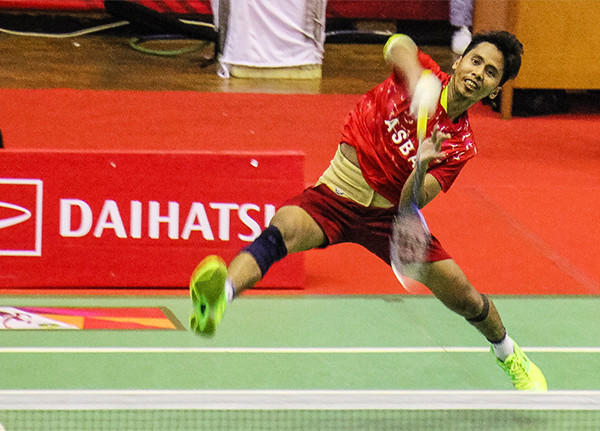 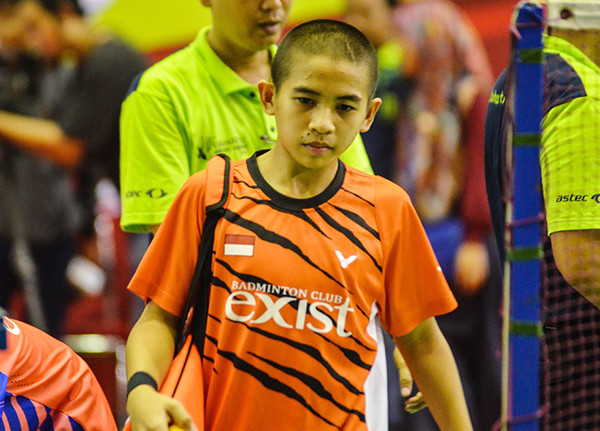 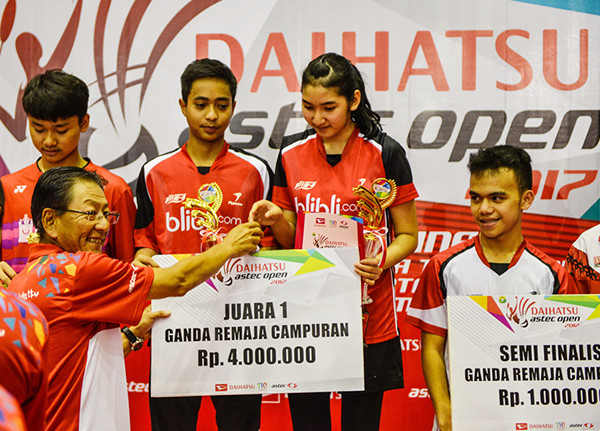 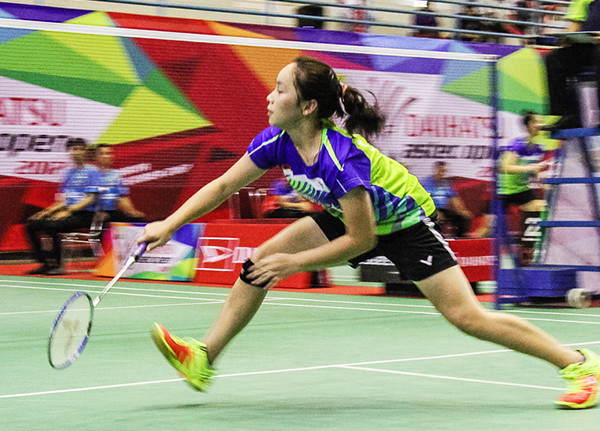 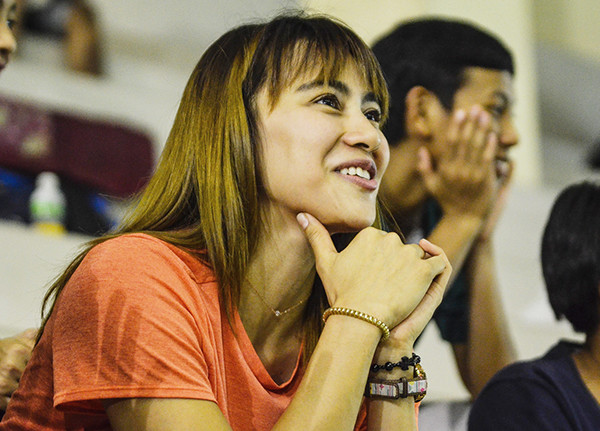 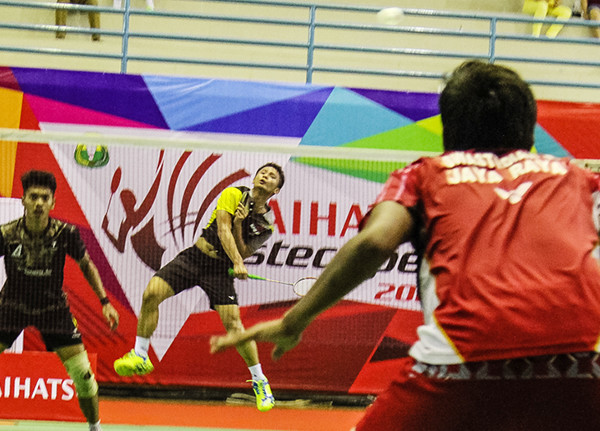 I was impressed by the amount of people that showed up to support their kids! This means a lot to the young players and they will grow up knowing that their family and friends are supporting their journey.

Also, it was good to see that there were a lot of competition in the different age groups. This shows that our young players are not afraid to sign up for local tournaments to help them develop into a better player.

I think there’s a lot of potential on display! It’s more important for the kids to have fun before they develop a good understanding of the game.

They were all so competitive but it’s enlightening to see the kids smiling and being all sportsmanlike with one another.

As for myself, since I was participating too, this game means a lot for me. This is also my opportunity to come back to the court. I am so happy to be part of this event.

Award ceremony was quite well done, and it’s nice seeing all the smiling faces from everyone. It’s important for these young competitors to celebrate their victories with their family and friends. 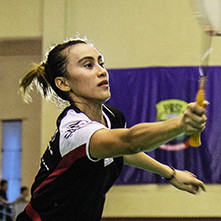 Keep training hard but always remember to take care of your body.
You have to sacrifice a lot if you want to be a top athlete so spending quality time with the ones closest to you will make everything feel ok. Just do your best as always. Never give up to reach your dream.
Bellaetrix MANUPUTTY (born 11 October, 1988)
She is an Indonesian women Badminton player.
She first gained fame as Runner Up at the 2010 Sunkist Surabaya International Challenge. And in the same year, she became Champion at the Djarum Sirkuit National Medan. Her first International senior achievement was the winner of 2011 Summer Universiade in Shenzen.

How did tournaments such as the DAIHATSU Astec Open help young athletes to become a world champion like yourself, Liliyana NATSIR? 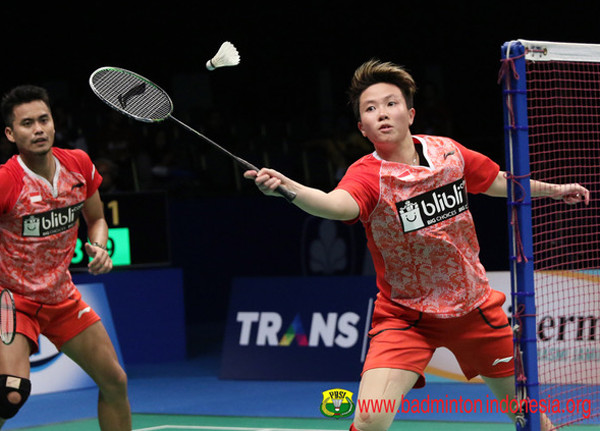 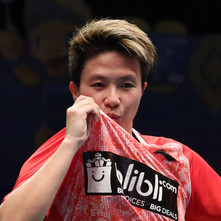 Always remain hungry for success and never stop learning regardless if you win or lose.
Also, do try to participate in a lot of badminton tournaments because it helps you find your own badminton identity.
Liliyana NATSIR (born 9 September, 1985)
She is an Indonesian female badminton player who specializes in doubles. With one gold and silver from Olympic Games and four gold medals at BWF World Championships, she is regarded as one of the greatest mixed doubles players in the history.