A Huge Gathering of Junior Players
A new chapter of badminton history begins in Kurume, a place with a strong link to Daihatsu!

The tournament featured male and female singles and doubles competition junior players in elementary and junior high school. This was the first time it was held.

Coming from not only Fukuoka but also from the rest of Kyushu arena and places like Hiroshima and Yamaguchi, a total of 1,307 players participated in the tournament across the 2 days. They played intense matches to claim the honor of being the first ever champion.

“Kurume Arena”, the venue of the tournament, is a gymnasium that was just opened this year. As befits the start of a new tournament, a large number of team assistants and family members gathered at the brand-new venue to tirelessly applaud and cheer for the junior players who played with so much spirit at the tournament.

The 1st DAIHATSU Kurume Junior Open Badminton Tournament was held in Kurume City, Fukuoka Prefecture, a place that has a strong connection with the main sponsor company Daihatsu.
Kurume is home to the Kurume plant of Daihatsu’s group company Daihatsu Kyushu Co., Ltd., where our engine, the “heart” of the car, is manufactured. Daihatsu’s Kyushu Development Center is also located within the city, where engines are developed along with technology aimed towards smart mobility for the future.
A Daihatsu booth was set up during the tournament, where staff from Daihatsu Kyushu Co., Ltd. and the Kyushu Development Center handed out drinks, cheering goods and paper fans to the players, family members and team assistants who participated in the tournament.

Interview for the champion 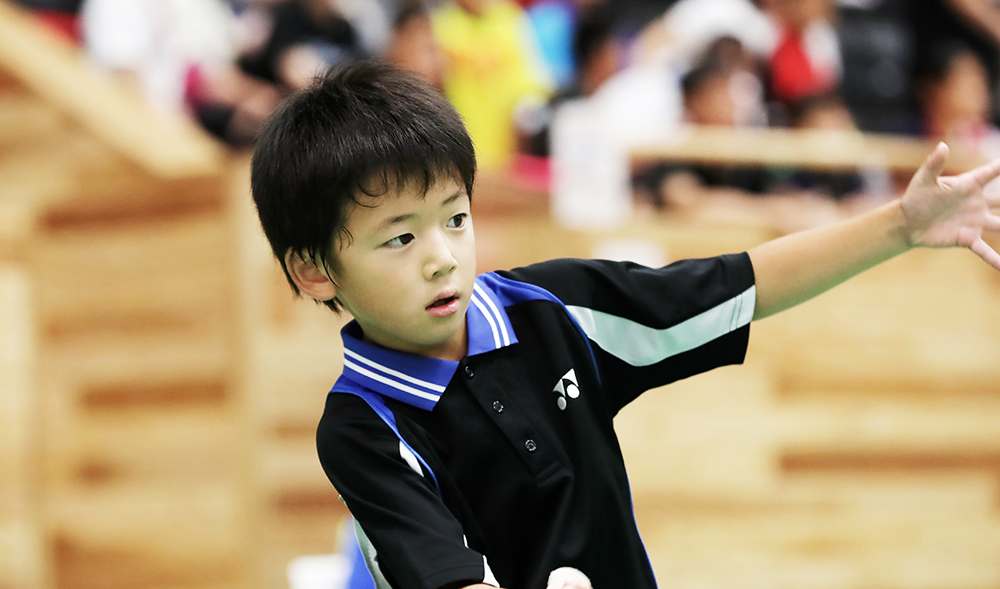 We received messages of support to the Japanese national players from the players and spectators! 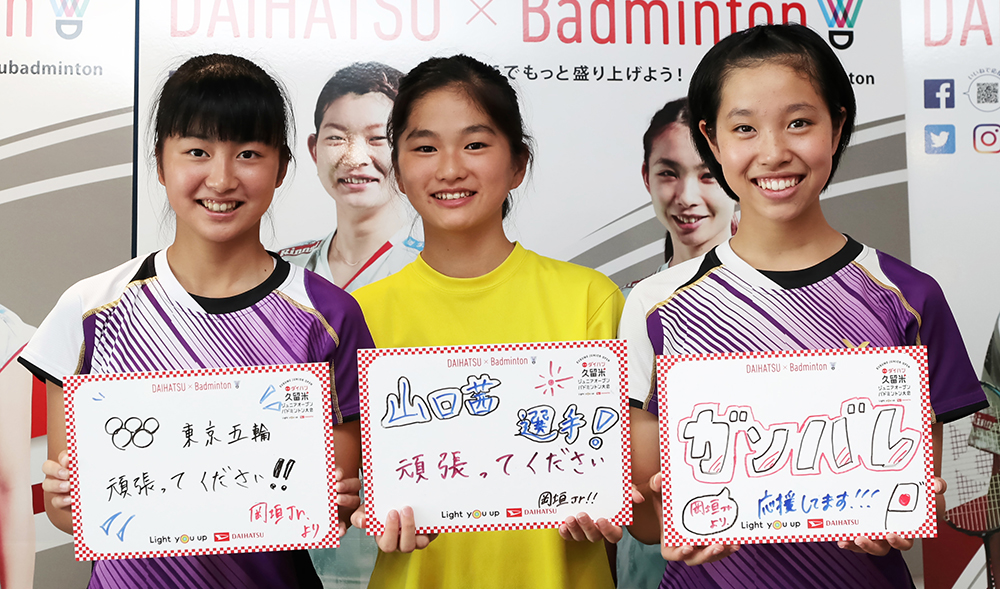 From the Kurume City Badminton Association

Many players participated even though it was the first tournament. I think the tournament gained more attention from the players thanks to the Daihatsu sponsorship.
The booth, banners and posters at the entrance of the venue attracted children and created a lively atmosphere. The players and their guardians also liked the drinks that were provided to prevent heat stroke in the extremely hot weather.
The participants also said things such as “it was a great practice because there were not many chances to play against players from other prefectures” and “it was really fun to meet many different players. I’m looking forward to the 2nd tournament as well.”
The number of participants exceeded expectations, so we had to make some alterations to the tournament on the day, which was an inconvenienced the participants. The tournament was able to go ahead thanks to everyone’s understanding.
We will make the most of what we learned this time, and cooperate with each of the organizations towards holding the next tournament.
We want to further establish this tournament and bring in even more participants from outside the Kyushu region.

Daihatsu Kyushu and Daihatsu supported the tournament together with the people from the local region! 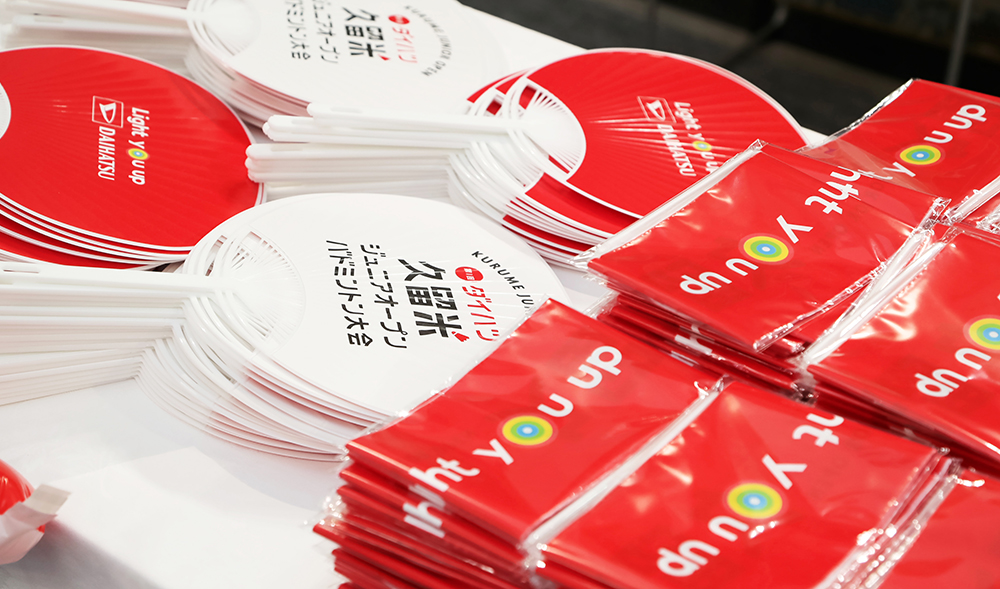