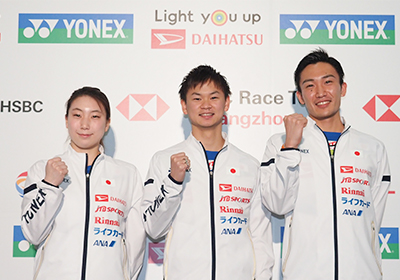 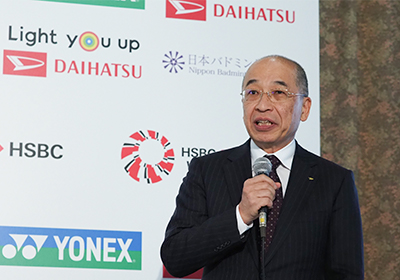 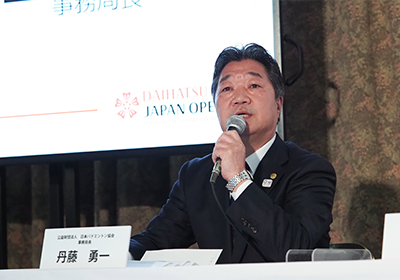 DAIHATSU has announced its support for the DAIHATSU YONEX JAPAN OPEN 2019 BADMINTON CHAMPIONSHIPS, an international badminton tournament officially recognized by the Badminton World Federation (BWF). This is the third straight year it has provided support for the Japan Open.

The 38th Japan Open will be held from the 23rd (Tuesday) to the 28th (Sunday) of July 2019 at Musashino Forest Sport Plaza (Chofu City, Tokyo). This venue will also serve as the badminton venue for the 2020 Tokyo Olympics.
The Japan Open is a Badminton World Federation Grade 2 Super 750 international tournament, the category below the World Tour Finals and Super 1000 tournaments. The prize money will be $750,000.
Japan’s players have been making outstanding achievement in the past few years. We encourage everyone to come and watch breathtaking and intense competition between some of the world’s top players!

Many media outlets came to the tournament press conference on 18th April (Thursday) in Tokyo. They asked the three Japan national players to present about their feelings heading into the tournament and more.
Daihatsu Motor Co., Ltd’s president Soichiro OKUDAIRA was also in attendance to represent the tournament’s title sponsor. In his greeting, Okudaira highlighted how, led by the Group slogan of “Light you up,” DAIHATSU will continue to be a company close to customers and society through its manufacturing and value-creating activities, such as badminton support.
In addition to the Japan Open, DAIHATSU provides support not only for para-badminton international tournaments and the DAIHATSU ABC Badminton National Primary School Tournament in Japan, but for tournaments in Indonesia and Malaysia as well. Also, in March of this year, it held the “3 Countries Junior Badminton” competition for junior players from Indonesia, Malaysia, and Japan.
Okudaira both promised to continue such badminton-supporting activities, and also sent his best wishes to Japan national players, who will be competing against some of the top players in the world. 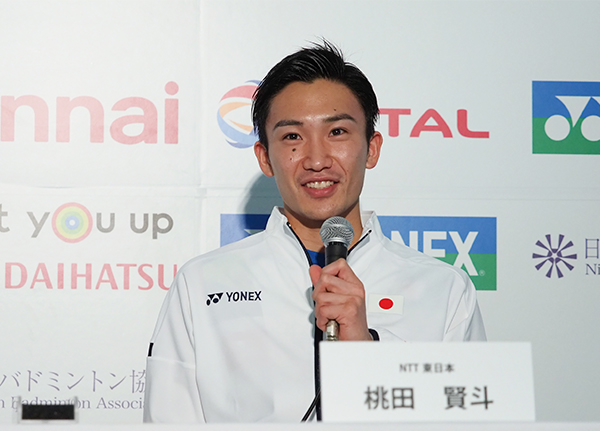 Kento MOMOTA (NTT East)
Last year I was able to win for the first time at the Japan Open. In order to win again, from the first game I want to play as I know I can and with determination, all while not forgetting to be grateful. Last year everyone’s support was a source of great strength, and I’d like to ask for it this year as well. 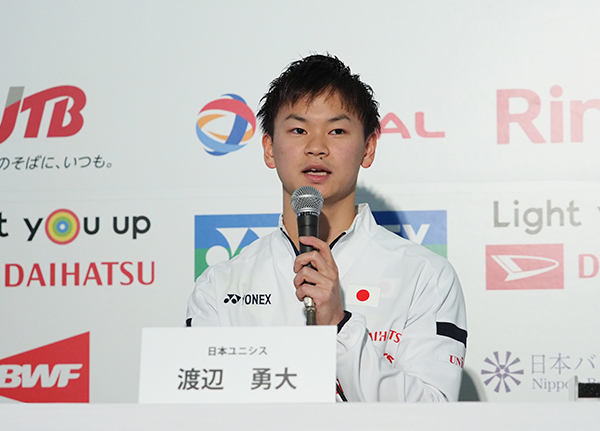 Yuta WATANABE (Nihon Unisys)
The Japan Open is a tournament that I really want to win. Japanese players can receive so much support from home fans, and so, as a player, this tournament is a very comfortable one. Last year I came in third, so this year I’d like to face matches with confidence and work hard so that I can win. It’s a tournament in my hometown of Tokyo, so I want to turn the expectations and pressure I feel into power, and play to the very end without giving up. I’d like to ask for everyone’s support. 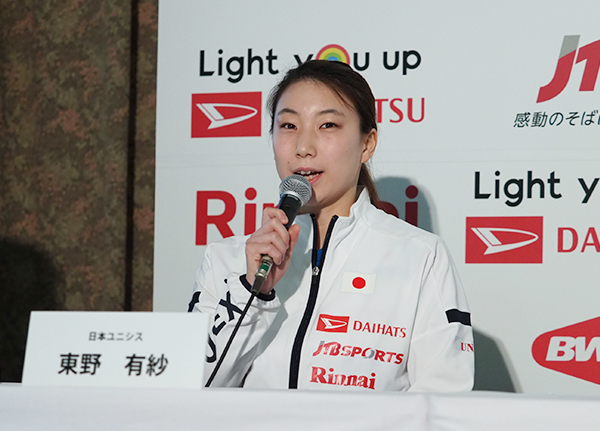