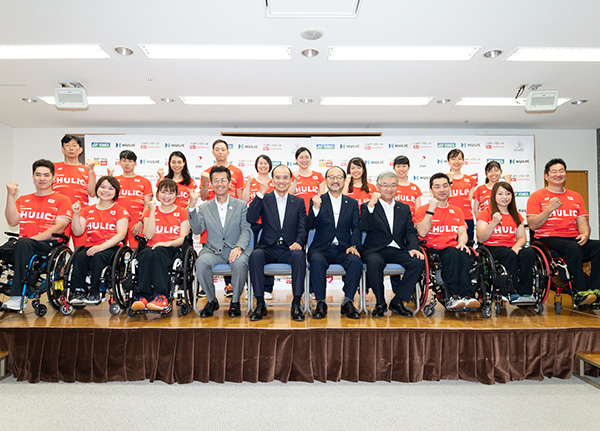 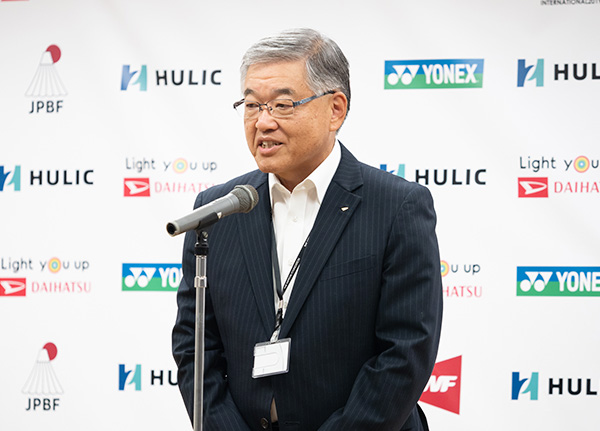 Daihatsu Motor Co., Ltd. announced that it will sponsor the HULIC・DAIHATSU Japan Para-Badminton International 2019, which will be held over 5 days between Wednesday 13 November and Sunday 17 November. As a test event for the 2020 Tokyo Paralympics in a year’s time, the tournament will be held at the 1st Gymnasium of the Yoyogi National Stadium, the same venue as the Paralympics.

Japanese players performed brilliantly to gain a total of 11 medals at the recent world championships held in Switzerland, including Sarina SATOMI who impressed by winning in the Women’s Singles WH1 class, as well as Ayako SUZUKI who was runner-up in the Women’s Singles SU5 class. The expectations for winning medals at the 2020 Tokyo Paralympics keep growing. This tournament is also crucial for the point race that determines who will appear at next year’s Paralympics, so we can anticipate a high quality tournament that features top players from Japan and across the world.

At the announcement press conference for the HULIC・DAIHATSU Japan Para-Badminton International 2019 held on Friday 6 September in Tokyo, Director Noriyoshi MATSUSHITA gave a speech on behalf of Daihatsu Motor Co., Ltd., a major sponsor of the tournament. Based on the slogan “Light you up,” Mr. MATSUSHITA announced that DAIHATSU will continue to sponsor badminton and para-badminton not only in Japan, but also in countries that have a connection with the company such as Indonesia and Malaysia. He promised that DAIHATSU will do their utmost to bring excitement to this tournament that is attracting attention as a test event for the 2020 Tokyo Paralympics, while also supporting primary school players who carry the future of the sport. He sent his best wishes to the players who will participate in the tournament.

The press conference also featured Chief Director Kazumi HIRANO from the Japan Para-Badminton Federation who are organizing the tournament, President & Representative Director Manabu YOSHIDOME from Hulic Co., Ltd. who are the other major sponsor with DAIHATSU, as well as other representatives from organizers and sponsors. Head Coach KIM Jeong-Ja, Coaching Director Masayuki YAMAZAKI and the 16 players who will appear in the tournament also participated. SATOMI and SUZUKI spoke about their enthusiasm for the tournament on behalf of the players. 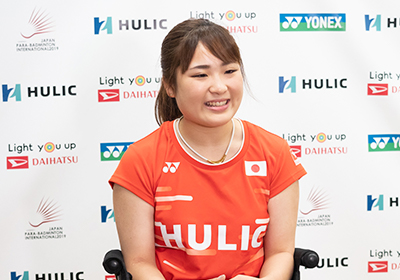 Sarina SATOMI
This year the tournament will be held at the same venue as the 2020 Tokyo Paralympics and will feature elite players from around the world, so I believe the quality of the matches will be even higher than last year. I was able to win in both the Singles and Doubles at last year’s tournament, so this time I will be aiming for back-to-back titles. The whole Japanese team hope to get as many medals as possible, so we can achieve a result that will make the people watching our matches even more excited about the Paralympics next year. We look forward to your support. 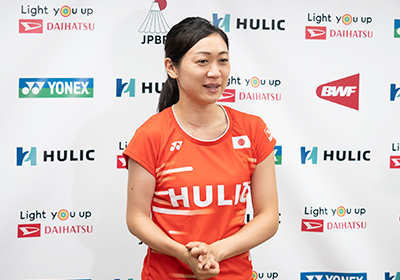 Ayako SUZUKI
My goal for this tournament is to win in the Singles and come at least third in the Doubles. If I win in the Singles it will be three in a row, so I’m especially hungry to retain this title. I have two thoughts about these goals. The first is that I want to get as many medals as I can, to bring smiles to the faces of all the people that have always supported me. The second is that the medals are made in Japan, so I don’t want them to be taken to another country. I especially want to get hold of the gold medal! Apart from myself, there will be many other players who appear as part of the Japanese team. Each class features different playing styles and points of interest, so we will be so pleased if you make the effort to come to the venue to cheer for us.