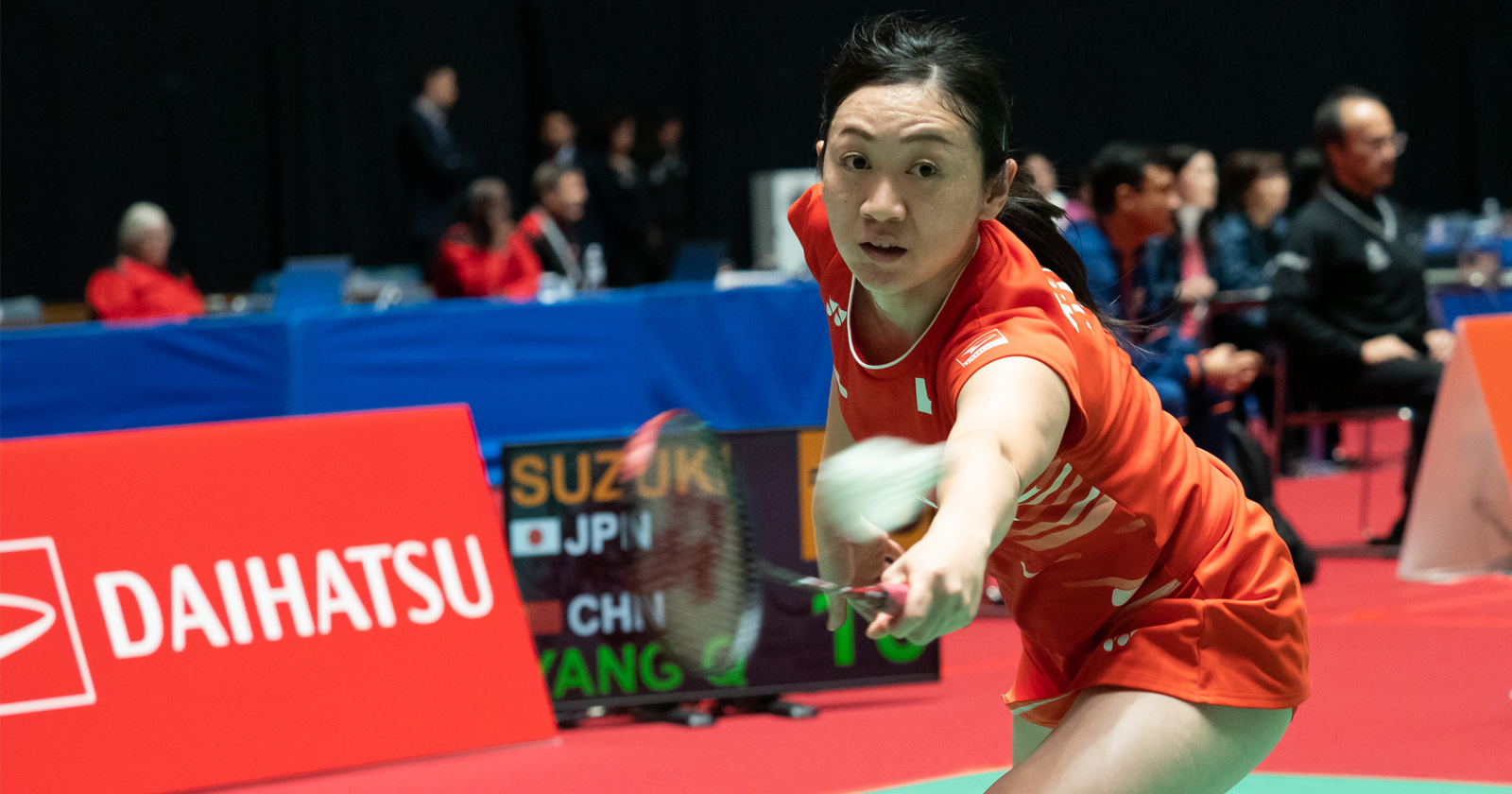 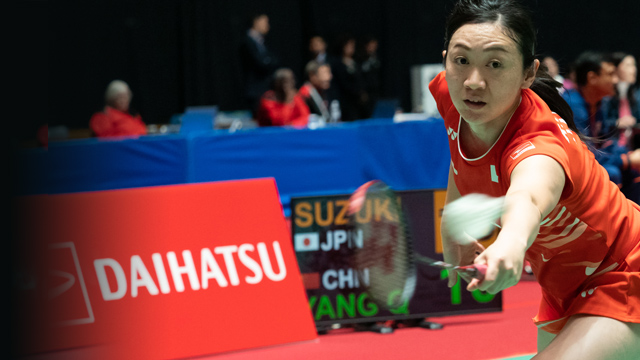 Five Japanese players in four categories made it to the final matches on the last day of the tournament (November 17). Haruka FUJINO and Ayako SUZUKI both progressed to the SL4 Women’s Singles and SU5 Women’s Singles finals, respectively, while, Sarina SATOMI and Yuma YAMAZAKI made it to the final round in the WH1-2 Women’s Doubles, and Noriko ITO and Ayako SUZUKI finished out the SL3-SU5 Women’s Doubles. Of particular note was Ayako SUZUKI’s quest for the third consecutive win in the singles competition and the second consecutive win in the doubles competition. Suzuki aimed to win two championships in two categories in two years in a row.

SUZUKI’s first finals match was in the SU5 Women’s Singles. Up against China’s YANG Qiuxia, SUZUKI went all in with the first half of game 1 for a score of 11-5. The strong momentum continued in the second half, but YANG came back with a quick recovery. In the end, however, it was not enough, and SUZUKI came away with a 21-19 win. The heated rivalry continued into the evenly matched second game with a heated rally that left the players tied at 20 points before SUZUKI broke ahead with a 2 successive points to clinch the title, thus fulfilling her pledge for three straight singles wins.

In the SL3-SU5 Women’s Doubles, however, SUZUKI and her partner, Noriko ITO, could not overcome the Chinese pair of CHENG Hefang and MA Huihui, and SUZUKI couldn’t achieve a second consecutive victory.

Meanwhile, Sarina SATOMI and Yuma YAMAZAKI faced LIU Yutong and YIN Menglu in the hotly contested WH1-2 Women’s Doubles final. The Chinese pair clinched the first game 21-14 and were poised to capture the title in the second game before the Japanese duo came through in the second half with a series of deuces to tie the score at 23-23. SATOMI and YAMAZAKI brought the game to a close with a 2-point rally, setting the stage for game 3. As the final game of the tournament, the stands filled with both fans and fellow players whose matches were finished. All eyes in the Yoyogi National Stadium now turned toward the exciting final game. The game kicked off with a rally that saw the Chinese pair briefly take the lead, but as the tables turned with the Japanese pair’s superb performance in the middle of the match, SATOMI and YAMAZAKI kept the momentum until the end for a 21-15 win. This closely contested full-set match brought an exciting end to the tournament with a well-fought win for the Japanese pair.

Interviews with the Winners

Check out the Japanese players giving it their all! 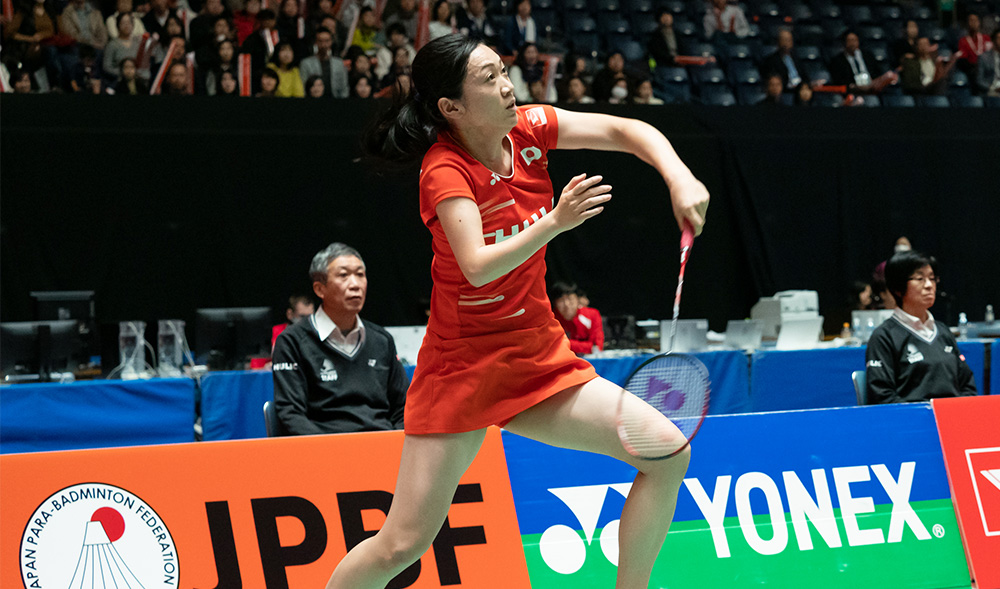 DAIHATSU is dedicated to supporting the tournament and the players with the help of all our fans.

DAIHATSU is a special sponsor of this tournament and set up a special booth in the lobby of the Yoyogi National Stadium, where the tournament was held. To further the excitement of the HULIC・DAIHATSU Tournament, visitors to the booth received a special para-badminton booklet highlighting the sport’s appeal and excitement. In front of the gymnasium, DAIHATSU also had on display the new Rocky and the Tanto Sloper assistive vehicle that allows disabled passengers to ride in the rear seat area easily without leaving their wheelchair. Visitors were able to experience at DAIHATSU’s unique comfort of each vehicle. Meanwhile, at the award ceremony held after the matches, the president of Daihatsu Motor Co., Ltd—Soichiro OKUDAIRA—presented the awards to the winners.