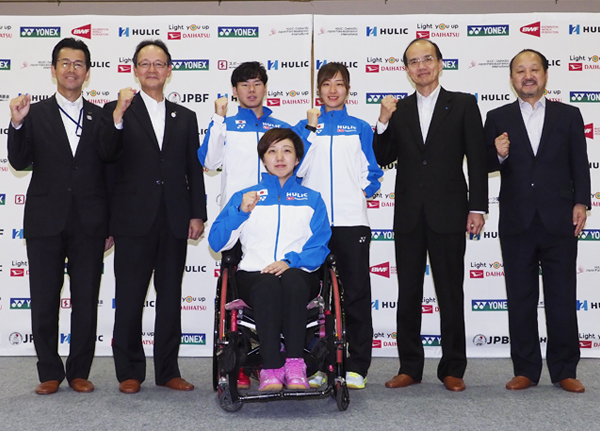 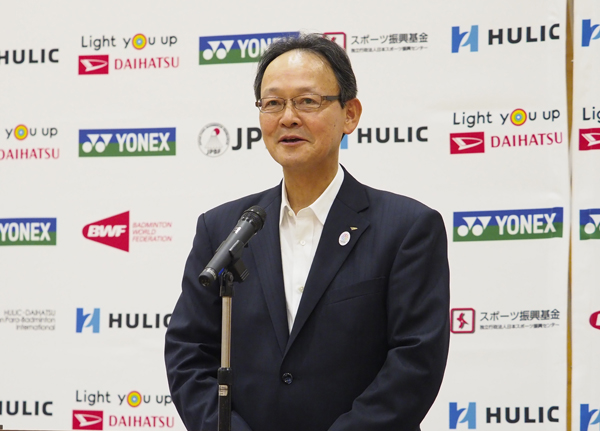 Daihatsu Motor Co., Ltd. announced that it will sponsor the “HULIC・DAIHATSU Japan Para-Badminton International 2018”, continuing on from last year.
Para-Badminton is a sport that is gaining attention after been recognized as an official sport for the 2020 Tokyo Paralympics.
16 Japanese players were awarded medals at last year’s edition of this tournament, which is one of the official tournaments of the Badminton World Federation (BWF).
“HULIC・DAIHATSU Japan Para-Badminton International 2018” will be held from Wednesday September 26 until Sunday September 30 at the Machida City General Gymnasium in Tokyo.

At the announcement press conference for the “HULIC・DAIHATSU Japan Para-Badminton International 2018” held on Friday June 15 in Tokyo, Director (Senior Managing Executive Officer) Shigeharu TODA gave a speech on behalf of Daihatsu Motor Co., Ltd., who will be the title sponsor for the tournament. Based on the slogan of “Light you up”, Mr. TODA declared that Daihatsu will continue to sponsor badminton and para-badminton following last year success, as a core initiative of the company’s promotion of creating not just products, but also events such as this. He sent his best wishes to the players who will participate in the tournament.

As well as representatives from sponsor companies such as Daihatsu, the press conference also featured 3 players who will participate at the tournament: Yuma YAMAZAKI (WH2(Wheelchair)), Daisuke FUJIWARA (SL3(Lower Limb Impairment)) and Mamiko TOYODA (SU5 (Upper Limb Impairment)). These are 3 leading para-badminton players from Japan. They spoke about their expectations and personal ambitions for the tournament that will be held in Japan. 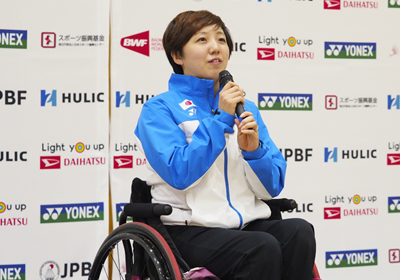 Yuma YAMAZAKI
We achieved good results last year thanks to the support from many people. As I won in the singles last time, I obviously want to win again in the singles, but I also aim for a medal in the doubles this year. 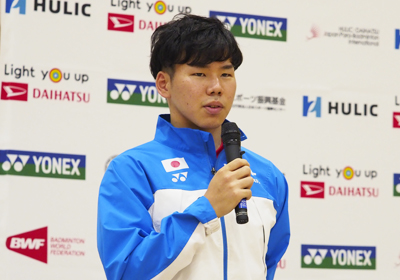 Daisuke FUJIWARA
As I won in the singles last time, I feel like I have good luck at this tournament. I want to get a good result at this tournament again this year, so I can get momentum for the Asian Para Games in October. 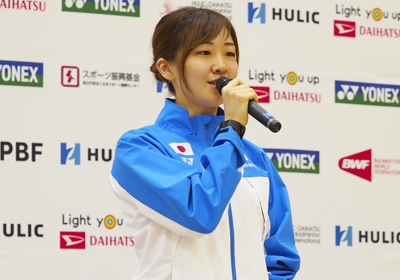 Mamiko TOYODA
I was frustrated not getting any medal last year, so I want to use that frustration as motivation to get a good result this year. I want to bring excitement to this tournament by working hard and always have a feeling of gratitude towards everyone who gives their support.